In one of our finer moments during packing for our move from the UK to the US last summer, my kids and I chased an ice cream truck in our car. After a long day of filling boxes, we drove to our friends’ house to return some books. Parked in their driveway, buckling up to go home, we heard the music. Sure enough, there was the ice cream truck behind us, making a turn in the cul-de-sac and starting to drive away.

It was hot, I was stressed and tired, and hearing that music instantly brought me back to being a kid. I turned around and saw my two kids strapped in their car seats, pointing at the truck with the same excitement that I remember feeling when I was little. Not wanting them to miss out on that experience, I went into action mode, followed the truck to its next stop and parked behind it.  As we got in line behind two neighborhood kids, out came their mom who I recognized from the gym. She looked at me confused and said, “You don’t live around here, do you? Did you chase the truck?” I pointed at our car, nodded, and laughed.

I was disappointed to not find any treats I recognized from my youth on the menu, so I decided to pass. Scanning the list of soft- serve options, my seven year old picked the “Knickerbocker Glory,” which was drizzled with chocolate and some other kind of mystery syrup and adorned with a chocolate flake. Upon seeing this impressive creation come through the truck window, my four year old of course wanted the same. Elated at first, both kids dug in valiantly. My eldest finished his strongly but then shortly after complained of a stomach ache and told me that it had been too sweet, while my little guy who is typically a champion eater handed me his at the halfway mark saying he had had enough. I’m happy they got the ice cream truck experience, and I don’t think they will be asking for it again anytime soon. Mission doubly accomplished.

As we talk about in Sugarproof, it’s important to not make kids feel deprived or restricted, but it is also important to not overdo it on a regular basis. For that reason, it’s helpful to have some ideas for alternative treats you can make that aren’t full of added sugar. There are countless creative options for this, and you can find lots of ideas in Sugarproof.

For frozen treats at home, we usually have Whole Fruit Pops (see recipe in book), which are simply made of fresh fruit that is blended and frozen into popsicle molds.

During the summer, I keep the popsicle factory going using our silicone molds with wooden sticks, and the kids can always find them in the freezer. I don’t even mind if they eat one in the mid-morning, which they sometimes do, because they are just frozen fruit with all of the fiber included and no juice or added sugar. These can be made with a single fruit, or layered for a colorful rainbow effect, and they can also be made creamy with the addition of yogurt, coconut milk, or avocado. In the book, Michael and I give a variation for homemade fudgesicles too.

My kids and I also sometimes make chocolate “nice cream” out of blended frozen bananas and either cocoa powder or nibs. But I was wanting something creamy that included seasonal summer fruits instead of bananas, so I started playing around with another version of “nice cream,” which is just an ice cream-like treat that doesn’t include dairy or any added sugar. This is much healthier than some of the other quick ice cream recipes that are popular, such as those that involve shaking sweetened whip cream in a jar and freezing it or those that have a base of sweetened, condensed milk.

I wanted to make something equally simple that doesn’t rely on an ice cream maker and also something that can be made with frozen ingredients and eaten right away, like the banana nice cream. So I decided to make ice cubes out of coconut milk for blending to use as the “nice cream” base.  I was really happy to figure out that one can of coconut milk pours perfectly into one of our ice cube trays with no leftover milk in the can to contend with.

After I made these cubes, I blended a few of them in a food processor and added in some frozen strawberries and a few dried figs for sweetness, and voila: an instant, creamy, summery treat!

I’ve now tried different versions of this with other summer fruit like raspberries, peaches, nectarines, and apricots, and I love them all. The dried figs add extra sweetness and tiny bits of a chewy, satisfying texture and pair well with any of these fruits.

To be able to make this nice cream treat when a craving strikes, freeze some coconut milk in advance as well as berries or slices of summer stone fruit, leaving the skin on to retain the fiber. This is a great way to use ripe fruit that you don’t want to waste, like after you go to the farmer’s market or a “you pick it” farm. To make the fruit easy to blend, I suggest first freezing it spaced in a single layer on a flat tray on a sheet of parchment paper so it don’t stick together and create a frozen block. Once the fruit is frozen solid, you can transfer it to a container to save space. Or you can buy pre-sliced frozen fruit or berries to save time.

If you would rather have a popsicle version, you can simply blend the same ingredients at room temperature and then freeze the mix in molds.

To make a fancier version, try adding an optional flavoring before blending, like a dash of vanilla or high quality balsamic vinegar, a pinch of cardamom or nutmeg, a sprinkle of fresh rosemary or mint from the garden, or some grated lemon or orange zest. Or you can roast or grill the stone fruit (like peaches) before freezing them to deepen their flavor profile. Finally, if you have a fig tree like Michael does, or access to some ripe figs, you can try this recipe with fresh (frozen) figs or a homemade fig compote.

With this treat you get the satisfaction of ice cream without the tummy ache and sugar high, and you don’t have to chase a truck, though I will admit that sometimes that is fun too.

Put the frozen coconut milk cubes in a food processor and pulse until evenly chopped into fine flakes. This forms the base of the “nice cream.”

Add the frozen summer fruit, the dried figs, and an optional flavoring (if desired), and process them until the mixture comes together into a creamy, thick, “nice cream.” You may need to stop a few times to scrape down the sides of the bowl with a spatula. The mixture will seem powdery at first, but as it continues to blend, it will come together into a uniform texture. If the mixture is not turning creamy, add a splash of plant-based milk and continue to blend until it comes together nicely.

Serve immediately. Any leftovers can be transferred to popsicle molds and frozen. 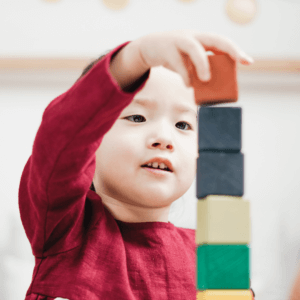 How I Helped a Child in My Class Thrive Without Sugar: A Teacher’s Perspective 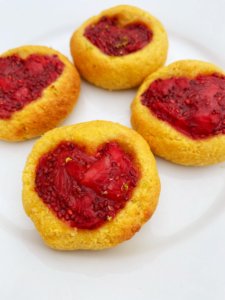 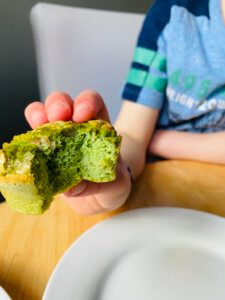 For more recipes like this one, see our book Sugarproof, available here or anywhere books are sold.

Sugarproof busts myths about the various types of sugars and sweeteners, helps families identify sneaky sources of sugar in their diets, and suggests realistic, family-based solutions to reduce sugar consumption and therefore protect kids. Sugarproof isn’t about quitting sugar entirely. It’s about becoming less reliant on sweet foods and drinks as daily staples. Sugarproof offers a realistic and straightforward approach, teaching parents to raise informed and empowered kids who can set their own healthy limits without feeling restricted. Give your family a healthy reset. Available now! 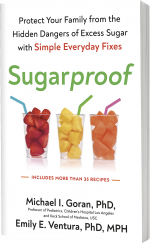 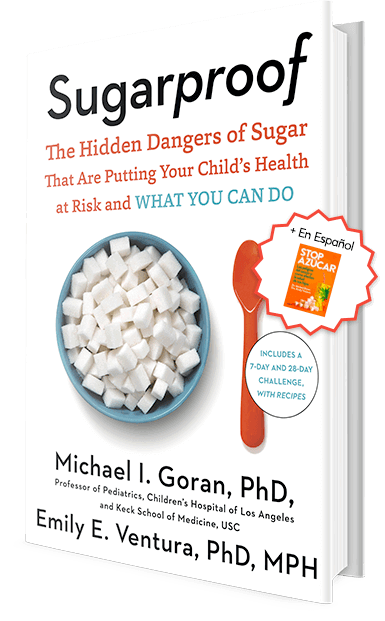 Join the Sugarproof email community for a FREE chapter “Smarter Without Sugar” and newsletters filled with recipes, insights, and tips.

Join the Sugarproof email community for a FREE chapter "Smarter Without Sugar" and newsletters filled with recipes, insights, and tips.